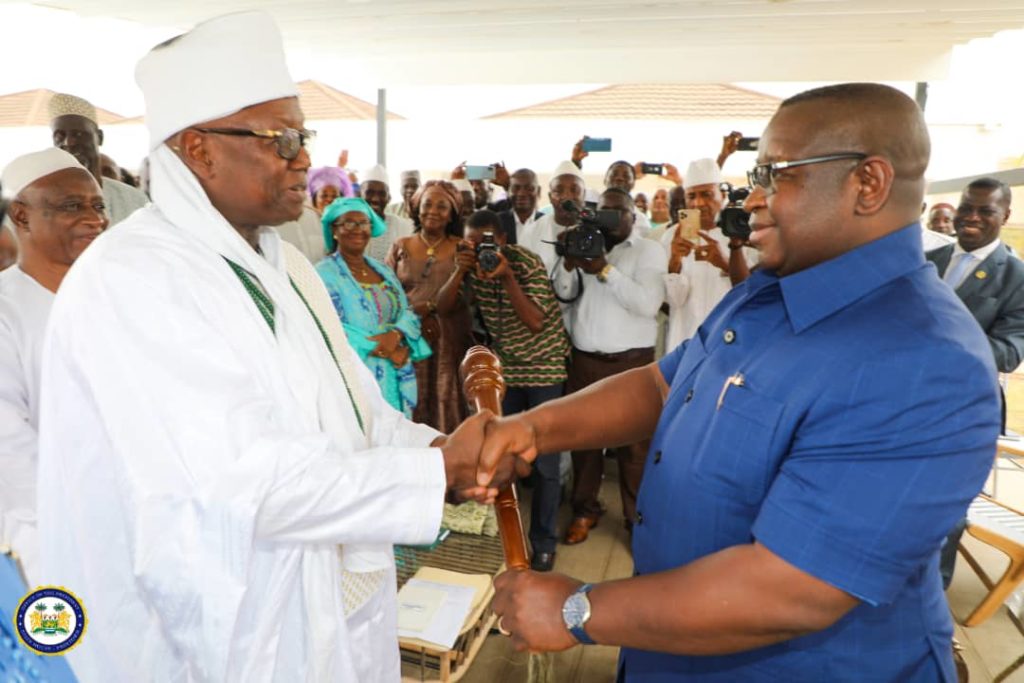 Before presenting the team, Minister of Local Government and Rural Development, Tamba Lamina, said that the event was a historic one for the Mandingo people, adding that they were “good people who represented peace and patriotism”.

He congratulated the new traditional leader and thanked President Bio for making time to meet them. In a brief statement, President Bio said that: “On behalf of the Republic of Sierra Leone and as President, I recognise Alhaji Kanja Sesay, presented to me by the Mandingo community of this country as their undisuptable President. Representing the State, I recognise you formally as the President of the Mandingo community in Sierra Leone. Congratulations”. 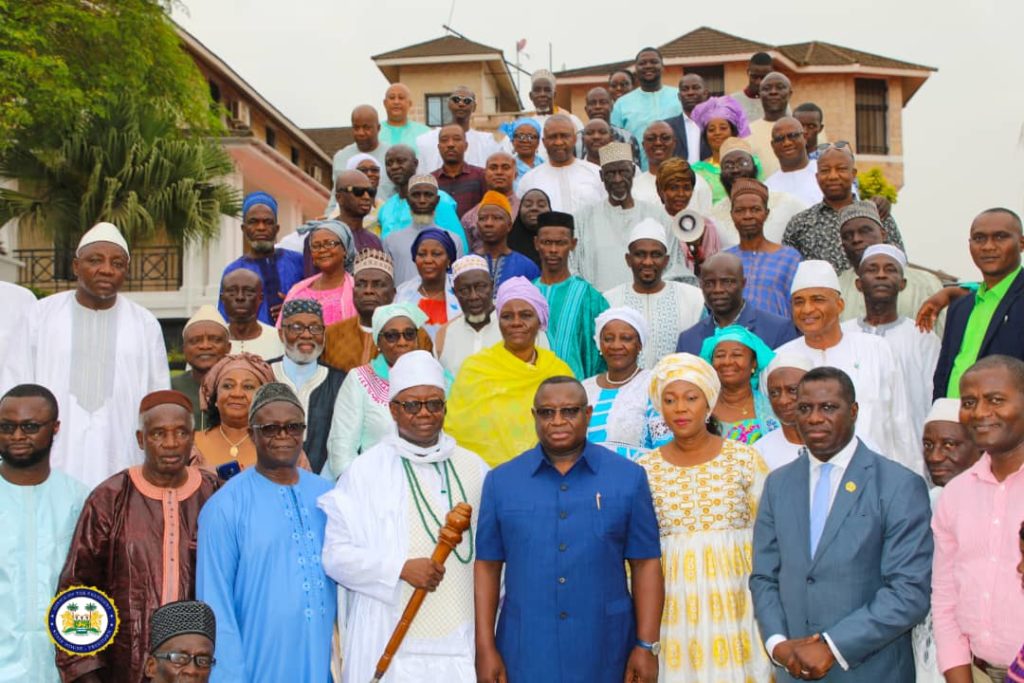 In his statement, Alhaji Kanja Sesay thanked the President for recognising his leadership, saying that the process leading to his endorsement was a long and seriously consultative one among their membership across the country following the death of their former leader. He said that he had accepted the honour from his people to take over the leadership of the Union.

He said that the main function of the Union was to coordinate and supervise the various Mandingo organisations across the country, hence consultations for his endorsement were wide and inclusive.

Mr Sesay also noted that they were people known for being loyal, peaceful and patriotic, adding that they would continue to live by those values.

The new Mandingo President also commended President Bio and his New Direction Government for putting focus on human capital development, especially the introduction of the free quality education programme. He added that that was a way of laying the foundation for sustainable development in the country.

He also thanked the First Lady, Madam Fatima Maada Bio, for the “Hands Off Our Girls” campaign that would protect and promote the welfare of women and girls in the country. He promised that they would work on by-laws to stop early marriage and teenage pregnancy among their membership. The Mandingo President also appointed the First Lady, a Mandingo herself, as a Mandingo Ambassador. 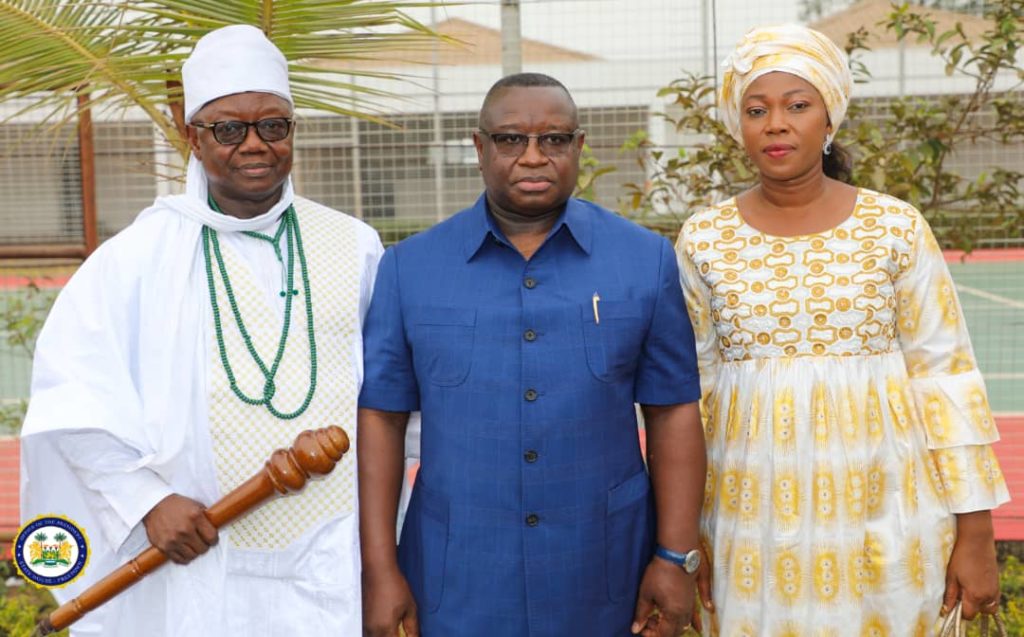