President Bio’s “whirlwind” visits to friendly countries across the globe, following his assumption of office in 2018, continue to create great impact on the lives of Sierra Leoneans.

Prominent among them was his visit to Russia where he attended the Russia-Africa Economic Summit and won the hearts and minds of the government and people of the Russian Federation, resulting in the latter promising to donate 200 Dump Trucks to the government of Sierra Leone. 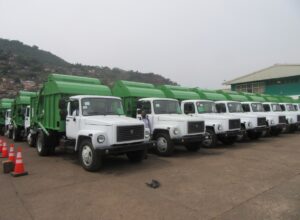 Receiving the trucks at a well-attended epoch -making ceremony, held at the Sierra Leone Road Transport Corporation Compound, Kissy in Freetown, President Bio, said the programme was a manifestation of government’s commitment to addressing issues on waste management and the process of devolution.  He expressed concern over the improper methods of managing wastes, especially in Freetown and   commended the government of the Russian Federation for the gesture. 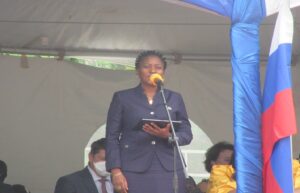 He looked forward to a further deepening of his country’s relationship with the Russian Federation, especially after the Russia/ Africa Economic Forum in Sochi, where they pledged their countries desire to promote and enhance trade and investment in Africa. He admonished authorities concerned to formulate and enforce laws and policies on garbage disposal, whilst emphasizing the need to transform wastes into energy, thereby enhancing the energy sector, using recycling systems, separation stations and safe incinerators.

Handing over the consignment to President Bio, the Russian Ambassador to Sierra Leone and Guinea, Vadim Razumozkiy, said the gesture was a demonstration of his country’s firm commitment to further strengthening the existing friendly bi-lateral relations between the two countries. He commended President Bio for the numerous gains he has made since assuming office, especially in tackling the Corona virus pandemic and pledged his country’s continued support. 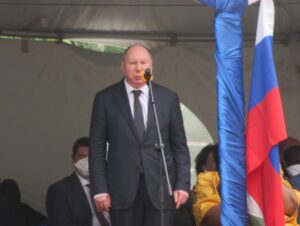 In her address, the Minister of Foreign Affairs and International Cooperation, Nabeela  Tunis,  described the day as another testimony to the excellent bi-lateral relations existing between the two countries continue to enjoy since it was established Fifty-Eight years ago.  The gift, she said, is “yet another gesture of the hand of friendship” that the Russian Federation has extended to Sierra Leone over the past six decades. 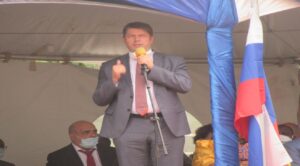 She acknowledged the roles played by the former minister of Foreign Affairs, Dr. Allie Kabba, Sierra Leone’s Ambassador to Russia, Mohamed Yongawo, Minister of Local Government and Rural Development, Tamba Lamina and other partners in coordinating the receipt and clearing of the vehicles from the port. 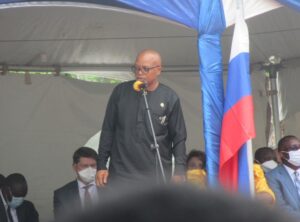 The Minister of Local Government and Rural Development, Tamba Sylvanus Lamina, updated the gathering on various activities his ministry has undertaken in accordance with its 5869 mandate, including the convening of an Inter-ministerial Committee meeting on Decentralisation which he said provided a road map for the realization of a number of reforms, including the approval of the Policy on Decentralisation by Cabinet to address issues pertaining to  local governance and the just ended, National Biometric Verification Exercise for Chiefdom Authorities. 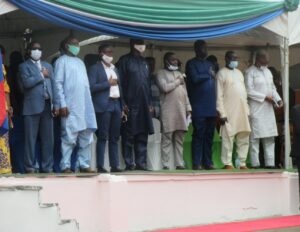 He used the occasion to appeal to members of parliament to see reason and support the policy. He noted that cites in the country are now clean as  result of measures put in place by government to address the hitherto appalling waste management situation in the country and disclosed that the National Cleaning will resume soon with a different approach.  He said the specially made trucks will improve garbage collection in the country and thanked the donors for complimenting government’s effort while appealing for the remaining ones. 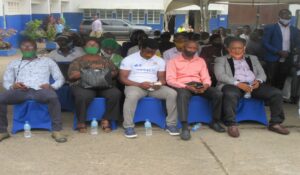 Representative of the Manufacturing Company, GAZ, Lebonov Mikhail who gave a brief background about their activities, said every effort was made to give their expertise to ensure the trucks stand the test of time.

Sierra Leone’s Ambassador to Russia, Mohamed Yongawo, said Sierra Leone’s Embassy in   Russian Federation has gone through positive transformation since the inception of President Bio’s New Direction Government, noting that a lot is happening diplomatically to promote socio-economic and cultural development in both countries.

He pointed out that apart from this donation; the Russian Federation has assisted Sierra Leone in many ways, including training of the country’s health personnel and provision of medical items to fight COVID-19. 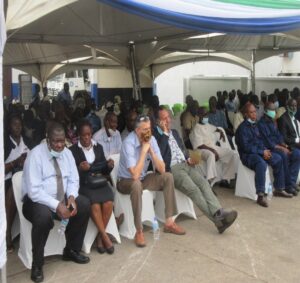 Several personalities, including the Managing Director of the Sierra Leone Road Transport Corporation, Isaac Ken Green, made statements at the ceremony which was chaired by the Director of Decentralisation Secretariat. The ceremony was called to order by the Permanent Secretary, Ministry of Local Governement, Thomas Lansana.  Cultural performance, cutting of tape and driving of one of the trucks by President Bio formed part of the ceremony.