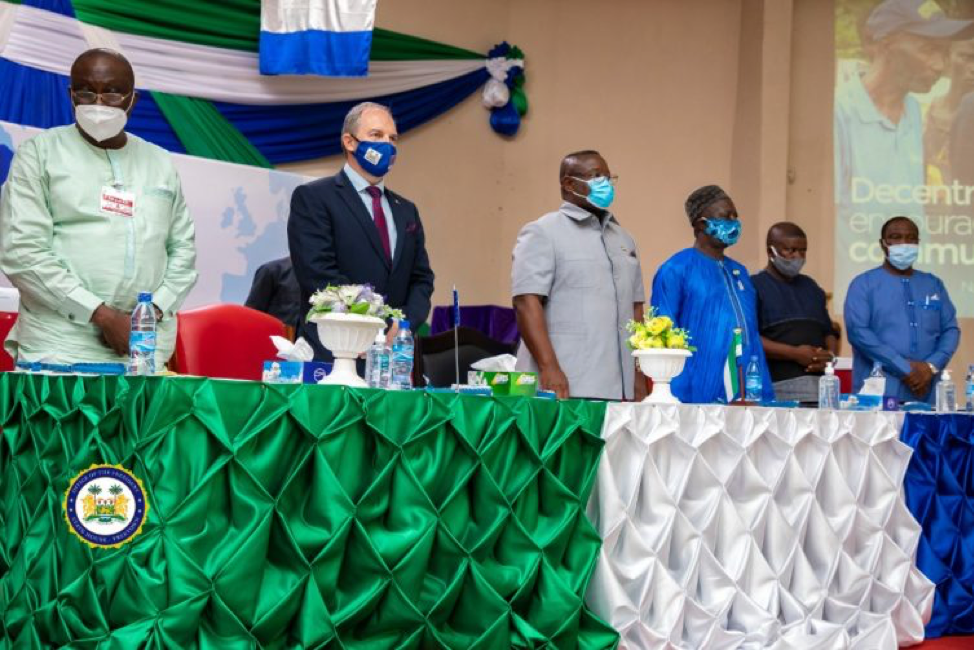 The five-year European Union grant will target District Councils and respective Civil Society Organisations (CSOs) in Pujehun, Kenema, Bombali and Kambia – to further expand their resource base and institutional capacities to deliver and account for services, bolster linkages and relationships with rural civil societies, and improve the environment for effective decentralisation and local governance. 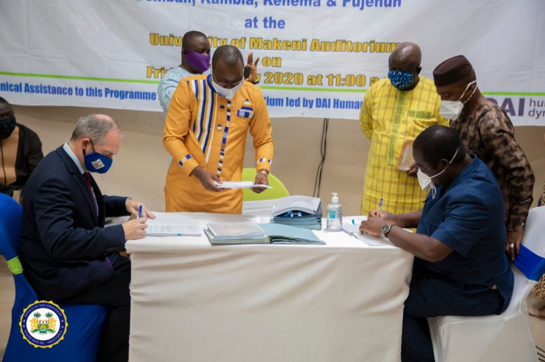 “The Minister has highlighted my Government’s core achievements over the last two years. From over ten years of dwindling funding, my Government has provided more funds and increased salaries and compensation for local government officials. At the same time, we are working on restructuring and expanding the resource base and institutional capacities of local councils so that they can deliver and account for services in a sustainable way.

“I am particularly pleased about the participation of civil society organisations in formulating, planning, and assessing local development initiatives. Beyond the fact that this fosters a unique and strategic partnership, it also enhances proper accountability for development funds.

“Let me also publicly thank the European Union for its collaborative work with the Sierra Leone Association of Journalists on the TRUEtok bot Corona series. It is regularly broadcast over several media and engages young persons and the public on topics around Corona.

“For all the good work you continue to do, thank you, Ambassador Vens. You are helping save lives. Our high recovery rates and the comparatively low death rates from COVID-19 is cause for optimism. It is also testament to the great spirit of collaboration that is engendered in our relationship with the European Union,” he said.

Minister of Finance, Jacob Jusu Saffa, said that the New Direction Government had manifested more commitment in decentralisation than any other government had done, noting that they had significantly increased expenditure on local councils. He also disclosed that the government had started paying salaries to local council leaders, increased sitting fees to all local councils in the country and were finalising arrangements for the payment of salaries for paramount chiefs and their key staff. 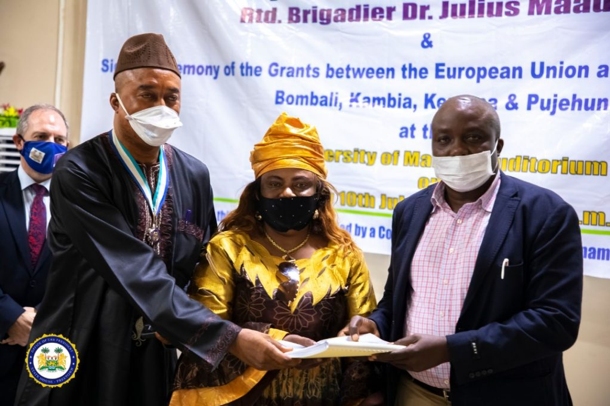 Minister of Local Government and Rural Development, Tamba Lamina, commended the government for the level of support they had given to local councils, saying that that was a manifestation of President Bio’s commitment to the decentralisation process in the country. He stated that they had commenced the process of developing a strategic plan that would engage local stakeholders and development partners while commending the EU for their support to that process.

Head of European Union Delegation in Sierra Leone, Ambassador Tom Vens, said that the aim of the project was to support effective decentralisation and efficient service delivery to the citizens, especially in remote areas. He said that the project would contribute to economic growth and social cohesion for the benefit of Sierra Leone. He also acknowledged the President’s strategy and long-term vision in placing decentralisation at the core of the government’s New Direction.